All candidates from the Australian Greens have been allocated a green light after our rigorous assessment process. The party advocates for an immediate freeze on all new coal, oil and gas projects. They have a comprehensive and fully-costed climate plan which aims for a 100% transition to renewable energy. The plan takes into consideration the economic and social impact of climate change and the measures required to prevent further global warming.

Coal and gas are the leading causes of the climate crisis. Labor and the Liberals are pouring more fuel on the fire by backing more coal and gas.

Labor is fast-tracking gas drilling next to the 12 Apostles and doesn’t have a plan to get out of coal.

The Greens and I want to replace coal and gas with 100% renewable energy by 2030 and make sure workers are protected.

OUR CLIMATE WINS INCLUDE: 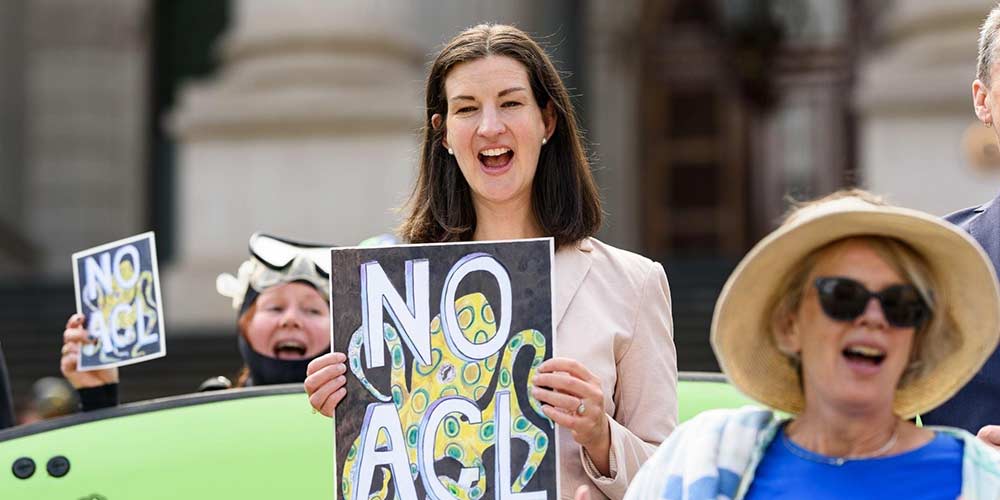 Ellen at a rally to stop AGL’s gas terminal from being built at Westernport Bay. We won!